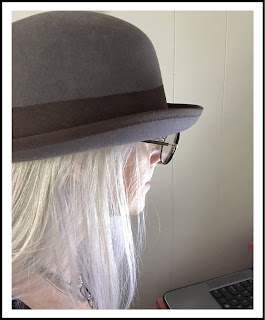 I'm only '62' but ...
over the years I've learned ...
one or two things here and there ...
one important piece of information that
was passed on to me when my two were littles ...
'you're only as good as your next piece'
This hit me as harsh but
I saw the truth in those words.
So they immediately became motivational.
This morning I watched a video clip a friend does
on artists called
'Eye for Art' by Paul O'Neill
The artist spoke of how a creative can feel a bit of a let down
when finishing a piece.
My mind understood this and his next words
resonated as well.
I can feel this way when I finish a piece that I've been so
focused on. However, it doesn't last long because
I'm already turning to the next. It's usually already drawn
or painted and staring at me with a small pile of
materials I've begun to gather. And the thoughts of
'what crazy idea will come to life on this piece' ...
after all ... You are only as good as your next piece!!
... and that my friends is freaking exciting to Moi! 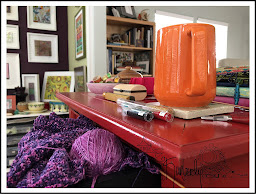 My day typically starts with a large strong cuppa Chai. 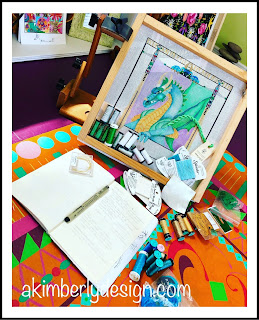 To begin a canvas, I usually see how
much I can pull from my limited stash.
Ideas are normally hand written and changed
as the piece often tells me a different story
once I begin working. 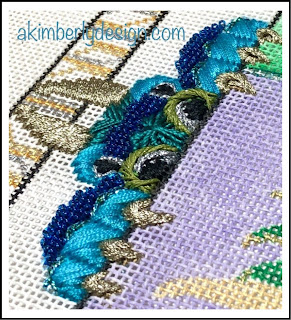 I still can't remember what I was thinking
when I decided to add this little one peeking
over the top of the big guy.
...and so the story in my head started. 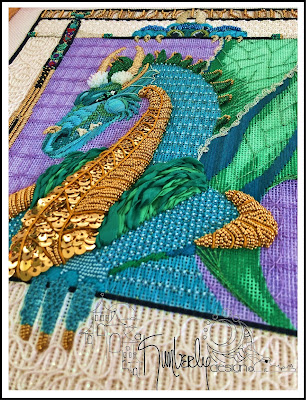 He soon became the son to this massive
amazing Father dragon.
The father told me his son was
being very reluctant about
his first flying lesson. 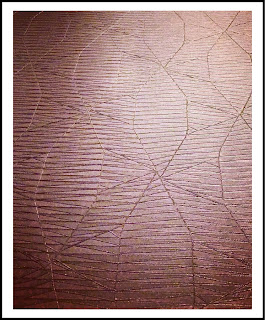 I take a ton of pictures, I always have.
Even before camera phones!
My brain sees patterns.
I was an extreme Tetris player
at one point ... until I realized what
a time waster it was. Many other
things to do that were so much
more creative.
The above became the background. 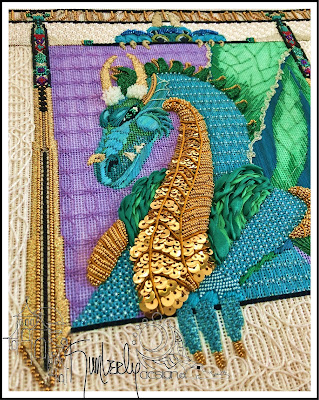